Three photos have been shared hundreds of times in multiple posts on Facebook alongside a claim that they show a Myanmar military-owned gas pipeline that was set ablaze by anti-coup protesters. The claim is false; the first and second photos circulated respectively in reports about a fuel vehicle explosion in Afghanistan and pipeline vandalism in Nigeria. The third photo shows a scene from a 1987 movie called “Eastern Condors”.

Above the photos, there is Thai-text that translates in part as: “Bombing all the gas and oil pipelines that belong to Min Aung Hliang, the slave of China. The dictator’s businesses are demolished.”

The post’s Thai-caption translates as: “When democracy dies. ‘Fire’ must be fought with guns. Myanmar people are not afraid to die when it comes to fighting with Min Aung Hliang.”

Min Aung Hliang is Myanmar’s army chief who seized power in a coup against the former civilian government on February 1, 2021. The military coup sparked nationwide protests and a violent crackdown by military forces, as AFP reported here.

Amid the unrest, Chinese factories in Myanmar were targeted by pro-democracy demonstrators who believe China has sided with the army, AFP reported here.

The photos were also shared alongside similar claims on Facebook here, here, and here.

However, the claim is false. None of the original photos is related to Myanmar.

The first photo actually shows an explosion of fuel vehicles in Afghanistan in February 2021. The photo is in fact a screenshot taken from a video report by Reuters news agency about the explosion.

AFP previously debunked a similar claim about the photo here.

The report, which is titled “Pipeline Saboteurs Insists on Continuing Attacks”, details a vandalism attack on a pipeline in Nigeria’s oil-producing Delta region. 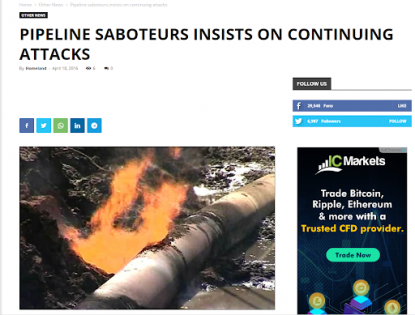 Screenshot of the article by Homeland News

Below is a screenshot comparison of the photo in the misleading post (L) and the photo published in the 2016 Homeland News report (R) : 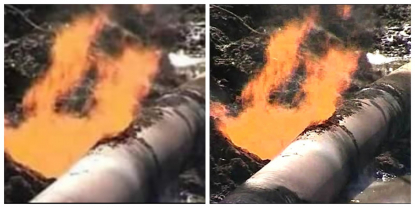 A reverse image search on Bing and a keyword search found that the third photo is a screenshot from a scene in the 1987 film “Eastern Condors”.

A near identical image was published on entertainment reviews platform Listal.com, on December 30, 2010, over a decade before Myanmar’s military coup. The image is featured on a reviews list titled “Amazing Underrated Obscure Bizarre Films”.

Below is the screenshot comparison of the third photo in the misleading post (L) and a screenshot of the scene from the YouTube video (R): 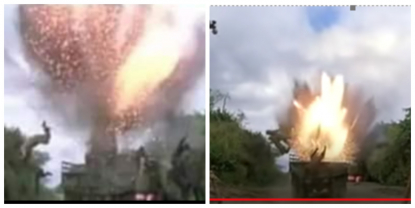