Citing the success of publications like The Charlotte Ledger and Toronto’s City Hall Watcher, Substack has announced it will spend $1 million to support a new group of local news writers on the platform.

The email newsletter platform joins other tech companies — Google and Facebook most prominently among them — in launching programs to foster innovation in local news or support existing news organizations. But the Substack Local program, announced via blog post on Thursday morning, isn’t just handing out cash. The program will place an emphasis on paid subscriptions and achieving sustainability:

Substack Local, open to applicants from anywhere in the world, is designed to help writers start sustainable local news enterprises. This is not a grants program, nor is it inspired by philanthropic intent. Our goal is to foster an effective business model for independent local news that provides ample room for growth.

Although most of the digital ink about Substack has been spilled over controversial figures like Andrew Sullivan and Glenn Greenwald or journalists like Casey Newton and Charlie Warzel who left high-profile gigs to strike out on their own, local news reporters are on the platform. Some are even making money; there’s a good number of local news outlets among the platform’s top paid publications list (in the “News” category). The Charlotte Ledger has “thousands of subscribers” at $9/month, for example, and here in Massachusetts, Bill Shaner‘s “Worcester Sucks and I Love It” has “hundreds of subscribers” at $5/month.

It’s not clear how many local journalists have been able to make Substack their full-time job, however. Matt Elliott, whose City Hall Watcher was one of the publications cited by Substack, told Vox that though he has 900 subscribers paying either $5/month or $50/year, the newsletter is just one of several gigs for him. Another journalist, Importantville author Adam Wren, works a full-time job writing about national politics for Insider and said he “has the sense that [Substack] is always going to be supplementary” in terms of income. 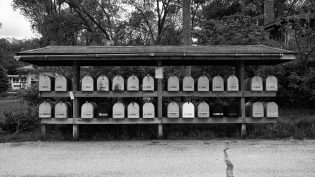 Through Substack Local, Substack will provide up to 30 writers with mentorship, editing and design services, “business support such as subsidized access to health insurance,” and “a cash advance designed to reduce the financial risk of starting a new business.”

How much of an advance are we talking about, and how evenly will the money be distributed? Substack says they’ll pay “up to $100,000” to selected local journalists, who will also receive 15% of the subscription revenue they generate in the first year. (After the first year, writers will get the standard terms and receive 90% of subscription revenue — after fees charged by payment processor Stripe.) But if Substack chooses 30 writers and intends to spend a total $1 million — leaving aside, for a moment, the expenses associated with providing subsidized health insurance, design support, etc. — the upper limit for cash advances hovers around $30,000 per person.

No matter what, we’re talking about significantly less than the advances we’ve seen doled out to those recruited through the Substack Pro program. (Slow Boring writer Matt Yglesias, for example, took a $250,000 advance when leaving Vox and author Daniel Lavery accepted a two-year contract for $430,000.) The company has been criticized for providing a platform for anti-trans rhetoric as well as a lack of transparency for Substack Pro and founder Hamish McKenzie has repeatedly taken to the company blog to try and clarify their policies.

The company has the cash to spend. In March, Substack raised $65 million in new venture capital funding. The round, led by Andreessen Horowitz, put Substack’s value at around $650 million.

What if Substack ends up being a Moviepass-style passthrough that just transfers some VC cash to writers and local journalists for a couple of years. https://t.co/BUdKEoTrgG

Writers outside of the United States can apply, but only U.S.-based writers will receive subsidized health care and access to the Substack Defender program.

If you plan to keep your governments accountable outside of the US and you encounter legal pressures from them, you’re on your ownhttps://t.co/AnyIcWKMmU pic.twitter.com/JScvvFGdJT

None of the newsletters that the judges write could be considered “local news” and though ProPublica has an established local partner program, none of the judges are local news entrepreneurs themselves.

Delighted to be judging $1 million in awards from ⁦@SubstackInc⁩ to local news, and to be joining ⁦@zeynep⁩ ⁦@annehelen⁩ and ⁦@RachaelBL⁩ in doing it. More funding for local always helpful, especially when aimed at sustainability. https://t.co/jYYoVCUqoK

Barring that, what if they put a local news entrepreneur on the selection committee? 🤷‍♀️

The program has recruited mentors with local experience, however. They include former Montreal Gazette reporter Christopher Curtis, who publishes The Rover; IndyPolitics.org publisher Abdul Hakim-Shabazz; and Jen Gerson, a Canadian journalist and publisher of The Line.

The application period will close on April 29 and successful applicants will be announced on May 20. You can read more about the program on Substack’s blog.