Subscribe to The Financial Brand via email for FREE!
Bacaan Lainnya

One of the prime benefits of digital marketing for advertisers has been measurability. Digital marketing provides much more knowledge of who is responding to offers by email and other channels. It also provides addressability, that is, more certainty of where digital ad exchanges should place digital ads for client companies in specific industries like banking.

But now, addressability may be taking a big step backward — in the eyes of some — in the name of privacy and in Google’s apparent attempt to take some of the heat off its brand that Washington has been bestowing.

Why This Is Important:

Internet advertising is projected to hit over $150 billion in 2024, according to PwC. That’s a big investment for all companies, including banks and credit unions.

Google has taken further steps beyond its elimination of third-party cookies in Chrome. Altogether, these changes signal that the search and advertising giant plans to carve out a big part of the post-cookie world for itself and that it will stymie various cooperative ad industry efforts to develop alternatives. Early reaction to the first details of its replacement concept for individualized cookies — groupings of thousands of ostensibly anonymized consumers with similar interests — has been very negative in some quarters.

Financial marketers need to watch this debate as it unfolds, to see what workarounds survive and what new mechanisms Google ultimately offers.

Other browsers, such as Safari and Firefox, have taken similar steps but Chrome dominates the browser market. Underlying the debate is the public’s taste for free content on the internet, publishers’ need to pay for its production by running advertising, and advertisers’ desire to know what and who they’ll be getting for their money.

This pending change has been coming in multiple stages, and more changes are likely as details get worked out. In early 2020 Google announced in a blog that it would phase out third-party cookies in its Chrome browser by 2022 (dig deeper). Making this especially significant is that Chrome holds 64.5% of the world’s browser market, with the #2 browser, Safari, coming in at only 18.1%, according to StatCounter. In a March 2021 blog, Google dropped another big shoe — it will now decline to play ball with various parties attempting to build workarounds to the upcoming anti-cookie policy.

“We continue to get questions about whether Google will join others in the ad tech industry who plan to replace third-party cookies with alternative user-level identifiers,” wrote David Temkin, Director of Product Management, Ads Privacy and Trust. “Today, we’ve making explicit that once third-party cookies are phased out, we will not build alternative identifiers to track individuals as they browse across the web, nor will we use them in our products.”

In a gauntlet flung down to the groups attempting to build those alternative identifiers, Google attempted to take the high road in the same blog: “People shouldn’t have to accept being tracked across the web in order to get the benefits of relevant advertising. And advertisers don’t need to track individual consumers across the web to get the performance benefits of digital advertising.”

Temkin noted that many consumers feel that they can’t control privacy over many aspects of their lives, citing information from a Pew Research study in his blog. In addition, research by PwC found that 36% of consumers say they are less comfortable with sharing personal information online than they were the year before.

“Third-party cookies” refers to tracking software used by advertisers and advertising exchanges that broker and place digital ads and it is a key part of the programmatic digital ad business. “First-party cookies,” generated by websites for their own use, such as streamlining logins for repeat visitors, and for the use of their own advertisers, are not the matter at issue. 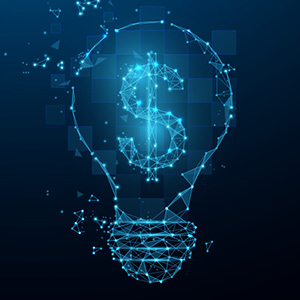 REGISTER FOR THIS FREE WEBINAR

How do you deliver quality financial advice cost-effectively and at scale, while complying with regulations and not coming across as a product pusher?

The digital realms maintained by companies like Google and Amazon are often called “walled gardens,” indicating their restricted nature. In a podcast by eMarketer, Nicole Perrin, Principal Analyst, pointed out how the announced policy fits that concept and how marketers will be affected.

“Google is raising its garden walls here, essentially,” said Perrin. “It’s going to continue doing user-level tracking on its own properties with data that it has. It won’t offer that service elsewhere, but it will allow FLoCs, which will be hard to measure and compare in a useful way with other activities you are doing elsewhere.”

“FLoCs” is part of what Google will offer to replace third-party cookies. The acronym stands for “Federated Learning of Cohorts,” an application programming interface intended to replace cookies while ensuring privacy.

Simply, the idea of FLoCs is to identify people with similar interests to enable advertisers to target those people as a group. The user’s browser will carry their cohort ID and cohorts will be reevaluated as frequently as weekly.

Much remains unclear or unspecified concerning Google’s FLoCs. Trials began in March 2020. Perrin noted in the podcast that the size of cohorts remains a question as well as the question of how well privacy is really going to be preserved. Some commentators believe sophisticated trackers will be able to cross-reference other data to tease out individuals from the mass cohorts.

In a blog entitled, “Google’s FLoCs Is a Terrible Idea,” the Electronic Frontier Foundation, a gadfly group, thinks Google has mapped out a bad path.

“Instead of re-inventing the tracking wheel, we should imagine a better world without the myriad of problems of targeted ads.”
—Electronic Frontier Foundation

Even if FLoCs solves the privacy challenge posed by third-party cookies, the Foundation’s blog points out that it could lead to unintentional effects such as discrimination.

“Instead of re-inventing the tracking wheel, we should imagine a better world without the myriad of problems of targeted ads,” the blog declares.

In his weekly newsletter, Benedict Evans, independent tech analyst and commentator, explains the conundrum for advertisers. Google and Facebook, as well as very large sites like the New York Times, enjoy large amounts of first-party data — what they know about their registered users. As third-party cookies go away, in the absence of some substitute, advertisers spending on programmatic and other internet marketing will be flying using faulty radar.

“If you can’t target by interest (‘You read about cars earlier so here’s a car ad’) across sites, what happens? Are Google and Facebook net gainers, with all their first-party data, or do they diverge, and why?” asks Evans. “If we move all targeting to the client-side (inside Chrome or Instagram, or of course iOS), how does the power change? And when Apple and Google use their market power to reshape the market, competition regulators might take a different view to privacy regulators.”

While Google moves forward with its plans, there are alternative efforts underway and also action steps financial marketers can explore.

In a company blog, The Trade Desk, a leading digital advertising agency that the Wall Street Journal identified as a challenger to Google’s own ad reach, recounted the invention of third-party cookies:

“Cookies are an archaic technology. They were first developed in 1994 when inventors at Netscape realized that, without a technology such as cookies, websites were essentially blind and deaf, and therefore not well suited for commercial activities, such as selling stuff.”

The Trade Desk has been leading in the effort to replace third-party cookies with something called Unified ID 2.0 (UID 2.0). Simply, the concept is that when people visit a participating site, they will provide their email address in exchange for access. That email address will be made anonymous. That anonymous identity will be used to track behavior, though part of the process will also be to obtain people’s preferences for how their data will be shared. In early 2021 the company turned over further development to a nonprofit entity, Prebid.org. The effort is a collaboration among publishers, ad buyers and ad tech companies.

“Google is definitely trying to shape a narrative about all these alternative identifiers. Google is saying this is something consumers won’t accept and something regulators eventually won’t accept.””
— Nicole Perrin, eMarketer

What about Google’s declaration that it won’t play with any organization that attempts to bypass its shutdown of cookies and introduction of FLoCs? “I don’t think it’s a death knell for UID 2.0,” said eMarketer’s Nicole Perrin, “but it’s not a boost, either.”

She added that, “The future of UID 2.0 is unclear — but it was already unclear.”

Other efforts are underway to come up with alternatives to the crumbling cookies. In summer 2020 a group of ad trade groups, major advertisers, ad agencies, publishers and ad tech/martech firms, including The Trade Desk, formed PRAM — Partnership for Responsible Addressable Media. The goal is to come up with a cookie substitute that will retain targeting advantages while guarding privacy.

A battle is shaping up, the outcome unclear.

“Google is definitely trying to shape a narrative about all these alternative identifiers,” Perrin said. “They use email addresses and track users across sites. Google is saying this is something consumers won’t accept and something regulators eventually won’t accept.”

In the end, consumers will possibly see less relevant ads on the internet, observed Perrin — and advertisers less value for their targeted buck — but then she’s felt targeting was often questionable, given the ads served to her personally.

Google’s Temkin said in his blog that the company’s plan “points to a future where there is no need to sacrifice relevant advertising and monetization in order to deliver a private and secure experience.”

What Do Financial Marketers Do In The Meantime?

One point of agreement among commentators is that a key effort for advertisers is to get all of their first-party data sorted so they can lean more heavily on that.

Part of maintaining and building that data will be paying more attention to email marketing and to obtaining clean email addresses from prospects, multiple experts say. Taking that as a given, then, “brands will need advanced analytics to help identify audiences based on first-party data,” according to a blog by Tinuiti, a digital agency.

Banks and credit unions, as highly data-intensive operations, have a huge amount of raw first-party data to refine and work from. They will need to pursue strategies to cleanly and legitimately obtain email addresses and may need to invest further in marketing technology.

Google’s blog indicated that users of their advertising services would still receive cooperation.

“We will continue to support first-party relationships on our ad platforms for partners, in which they have direct connections with their own customers,” Temkin stated. “And we’ll deepen our support for solutions that build on these direct relationships between consumers and the brands and publishers they engage with.”

Meanwhile, financial marketers must keep an eye on the efforts to bypass Google.

“The hope being that if ad tech vendors can convince publishers to support alternative identifiers then it opens up a lucrative space where Google isn’t a competitor — individual cross-site tracking,” states an article by Digiday. “Sure, advertisers have to spend dollars in Google’s walled garden — the major platforms have millions or billions of monthly active logged-in users. Increasingly, however, advertisers also want options outside of the walled gardens.”