DuckDuckGo is calling out Google over its new privacy labels on iOS which reveal how much data the company is collecting from iPhone users.

Google’s main app and the Chrome browser app have both been updated for iOS.

As is now required by Apple, Google is providing privacy labels for each of the apps which list the data they collect from users and what the data is used for.

The long list of information Google collects from iOS app users is the subject of DuckDuckGo’s latest attack against the search giant.

DuckDuckGo is publishing the following message across its social media channels:

After months of stalling, Google finally revealed how much personal data they collect in Chrome and the Google app. No wonder they wanted to hide it.
⁰
Spying on users has nothing to do with building a great web browser or search engine. We would know (our app is both in one). pic.twitter.com/lJBbLTjMuu

The months of stalling DuckDuckGo is drawing attention to refers to the length of time it took Google to update these apps.

Google’s main app and the Chrome app have not been updated since Apple made privacy labels mandatory in December.

Going months without an update is unusual for any Google app, which has lead to speculation Google wasn’t so happy about Apple’s new rules.

As long as Google’s apps went un-updated they were not required to have privacy labels.

DuckDuckGo suggests Google wanted to hide information from people, insinuating that the amount of data being collected equates to “spying” on users.

Now that that Google’s main app is finally updated, the privacy label is available for all to see.

Privacy labels are a new transparency measure introduced by Apple which make it mandatory for developers to self report on the information they gather from people who download their apps.

The labels are displayed in the iOS App Store on app download pages.

The idea behind privacy labels is to allow users to make informed decisions about the data they’re handing over to companies when installing an app. 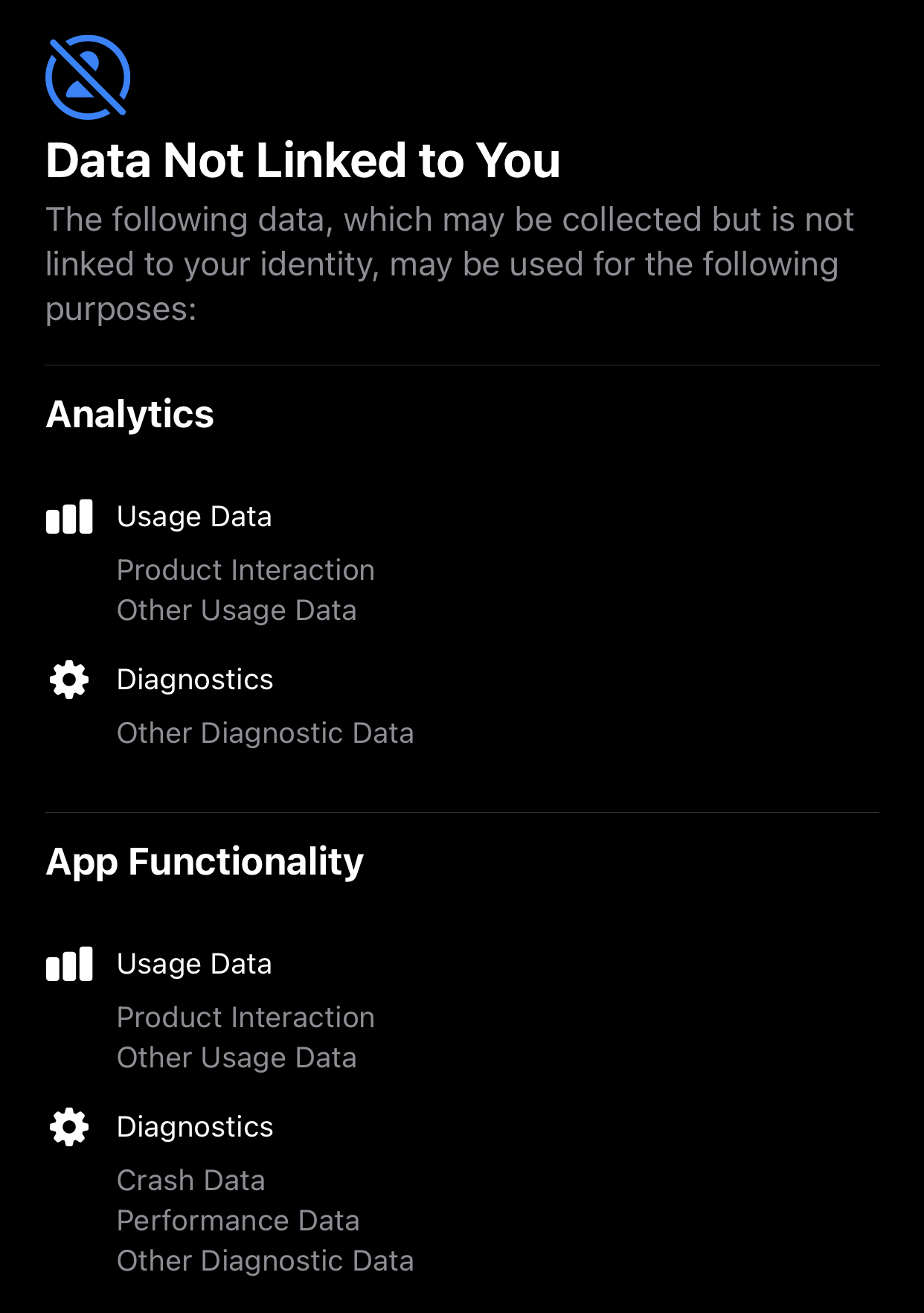 DuckDuckGo’s aggressive remarks against Google have long been part of the company’s strategy to raise awareness about its brand.

At the time I saw DuckDuckGo’s tweet it was promoted as an advertisement, which helped it generate a considerable amount of engagement.

The privacy-focused search engine is going to great lengths to get its message out – but is it getting the response it’s hoping for?

Scrolling through the replies to DuckDuckGo’s tweet it seems many are unbothered by the amount of data Google collects. Some even say it’s a good thing because it leads to better search results:

I like Google to collect my information, such as search locations. History So next I can get the information that I want most and look after my other devices, it is not a secret to me.

However, DuckDuckGo’s recent growth suggests there’s an audience who is receptive to the company’s message and appreciates having a private alternative.

DuckDuckGo hit a record number of searches earlier this year and became the second biggest search engine on mobile in the US. Its continued growth throughout the year so far indicates the momentum isn’t slowing down.

The timing of this attack comes at an interesting time. Google made headlines last week after a $5 billion class-action lawsuit was filed against the company for its data collection practices in Chrome.

It seems Google cannot escape criticism these days. But will it have any measurable impact on how many people use its services?