BATAM – The Police Subdit II Opsnal Team of the Kepri Regional Police succeeded in securing a male suspect, Initial S alias A, on the roadside of Tembesi Lestari, Sagulung Subdistrict, Batam City on Sunday (14/3/2021) at 17.15 WIB.

This was explained by the Head of Public Relations of the Kepri Police, Kombes Pol Harry Goldenhardt S, SIK, M.Sc., and accompanied by the Diresnarkoba of Polda Kepri Kombes Pol Muji Supriyadi, SH, S.Ik., MH, on Tuesday (16/3/2021) .

The Head of Public Relations at Polda Kepri revealed that the chronology of the incident began on Sunday, March 14, 2021 at 10.30 WIB, the Subdit II Ditresnarkoba Polda Kepri Opsnal Team received information from the public that there would be a narcotic transaction of cannabis around the Tembesi area, then the Team carried out an investigation around the area. . 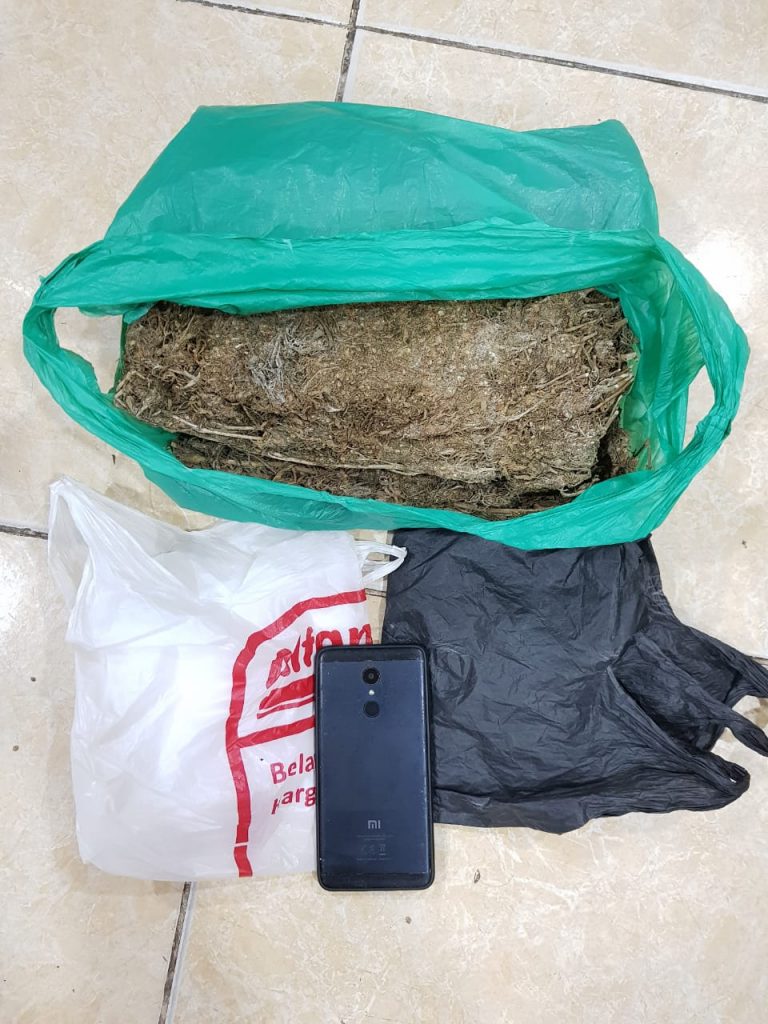 Furthermore, at 17.15 WIB the team succeeded in arresting 1 man who was later identified with the initials S Alias ​​A who was suspected to have owned, kept and sold Narcotics, suspected of being marijuana with a gross weight of 1,200 grams, up to now on the suspect and evidence still ongoing development.

″ The identity of the suspect is the initials S alias A, male, 27 years old, Muslim, self-employed, address of Kibing Village MKGR Housing, Batu Aji District, Batam City. For his actions, the suspect can be threatened with Article 114 paragraph (2) and / or article 112 paragraph (2) and / or article 113 paragraph (2) Law of the Republic of Indonesia no. 35 of 2009 concerning narcotics. With the threat of the death penalty or life imprisonment or imprisonment for a minimum of 6 years or a maximum of 20 years, “concluded the Head of Public Relations of the Riau Islands Police.